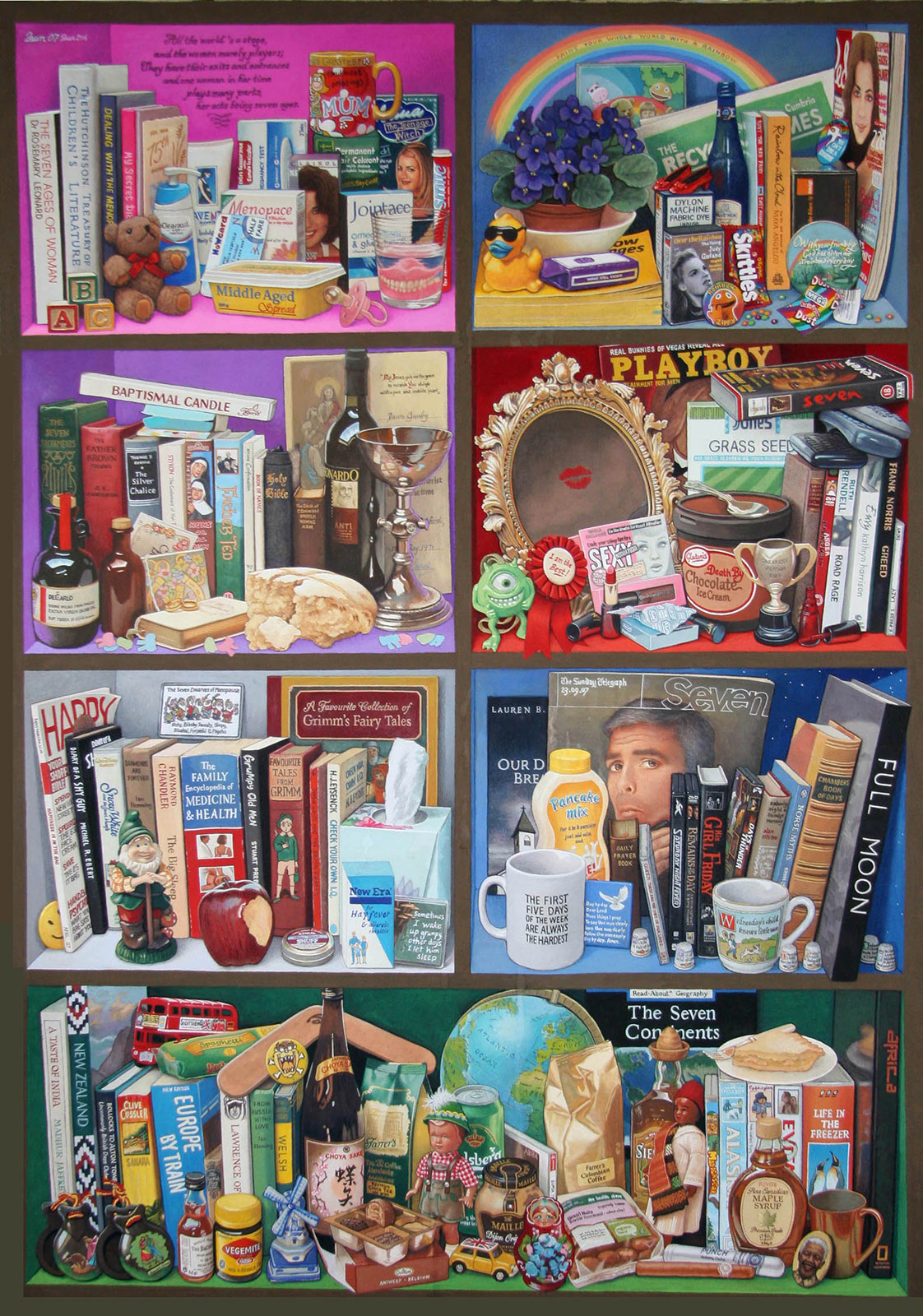 `Seven` was the first of my `shelflife` paintings. My initial idea was to portray the seven deadly sins, but it soon grew into a much bigger homage to the magical number.

I began the painting at the beginning of October 2007 and was determined to finish it before the end of the year.

After three months of intensive painting every day I managed to complete the work on time.

It was exhibited at the Mall Galleries in London in the Sunday Times watercolour competition, and at Grasmere Hall in the Lake Artists Summer exhibition, where it attracted a lot of attention.

In 2013 I revisited the painting and decided to make a few changes. When I first designed the layout I intended for each section to have its own background colour.

This was going to give each subject its own identity, but in my hurry to finish I had decided not to do that and instead made it all one colour.

This was something I could now remedy and as soon as the background colours and other details were added the whole painting was transformed.

In 2019 the updated `Seven` travelled across to America, where it was exhibited along with a more recent painting `The Seven Sins`, in the 34th Chelsea International Fine Art competition at the Agora Gallery in NYC.